26-year-old Carol Mabinty Khanu, chef and owner of Mabin’s Kitchen whose ancestors hail from Masimera Chiefdom in Northern Sierra Leone is the woman who cooked the jollof that won Sierra Leone first place at Demand Africa’s Jollof Fest in the DC Metro Area on July 6, 2019. 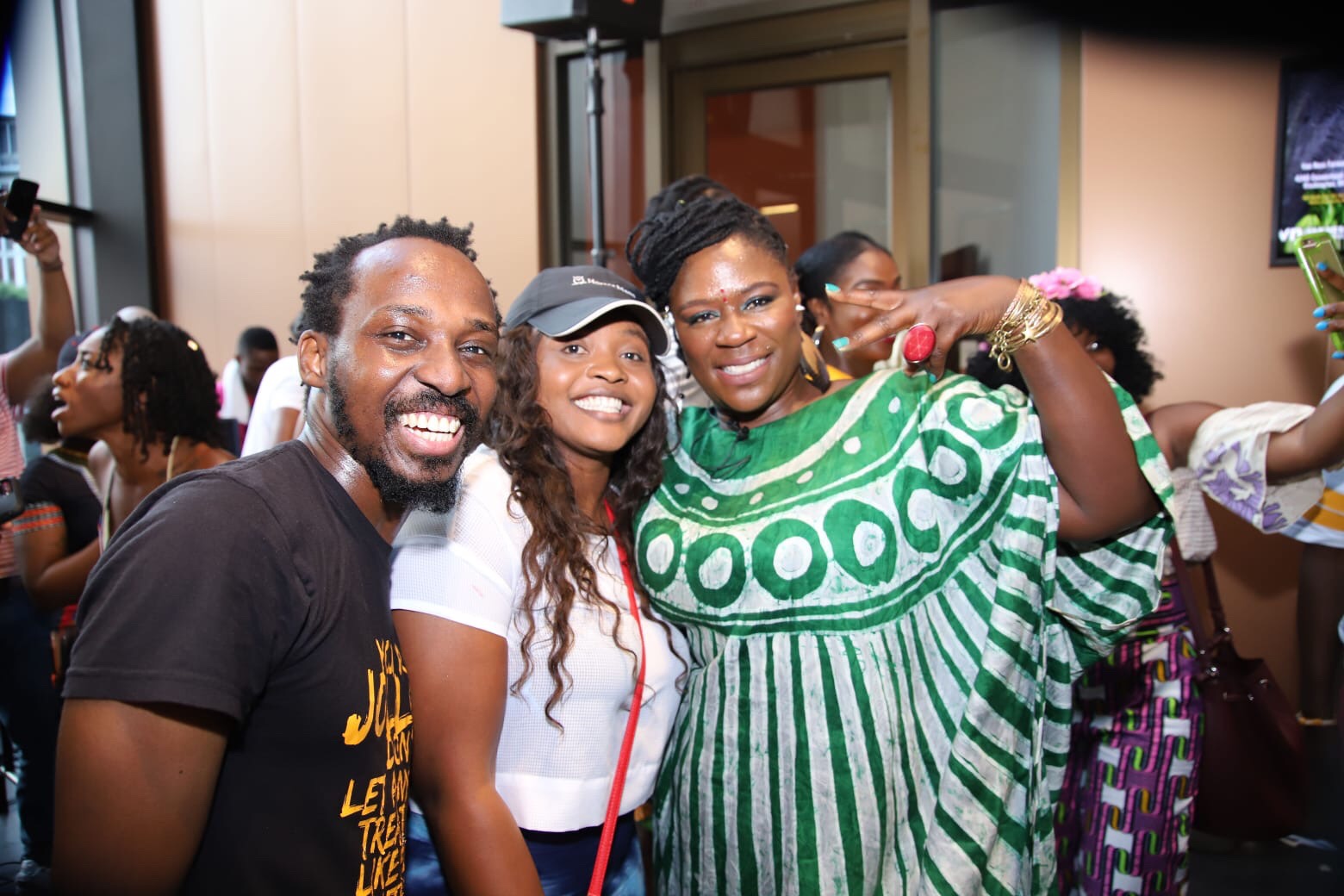 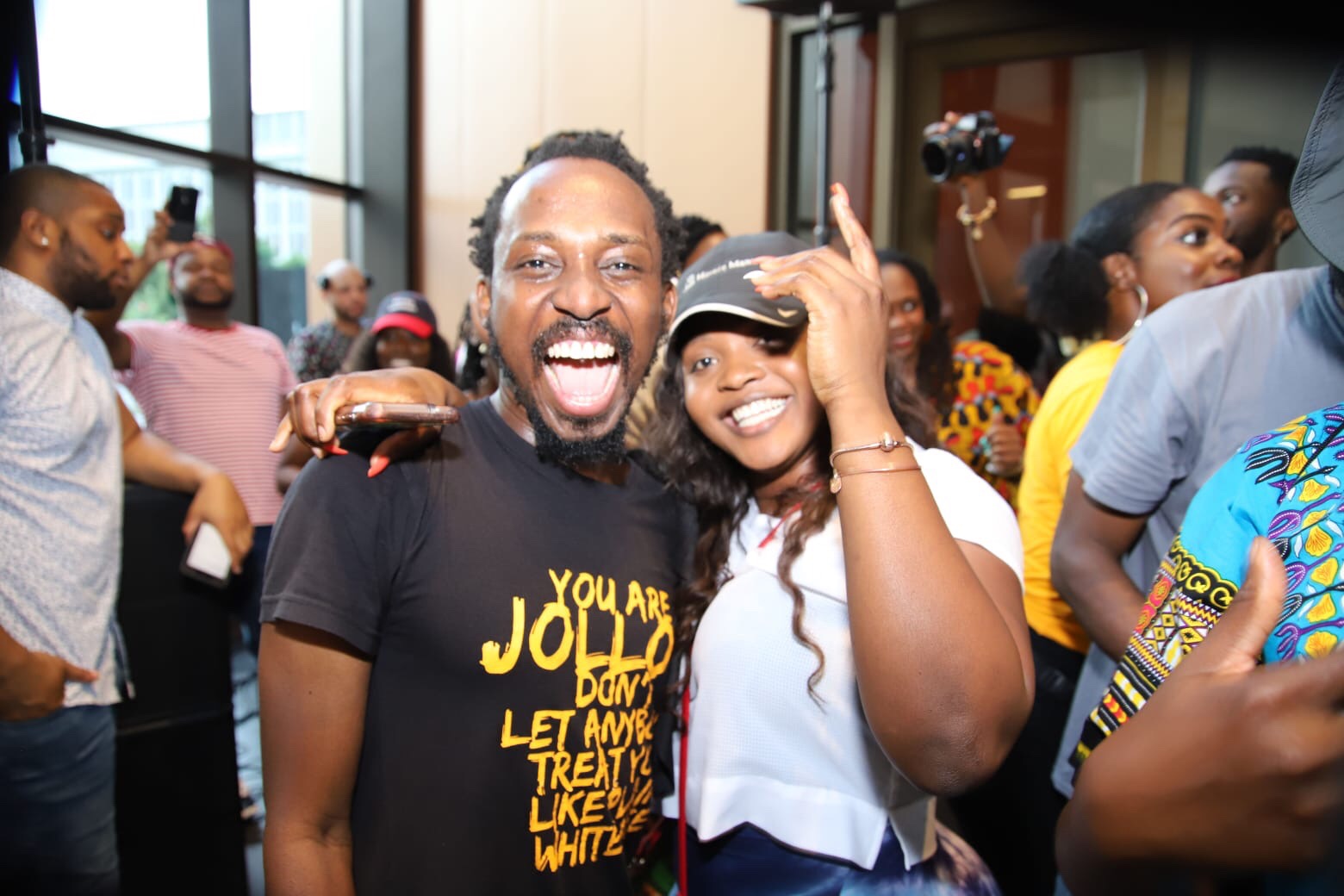 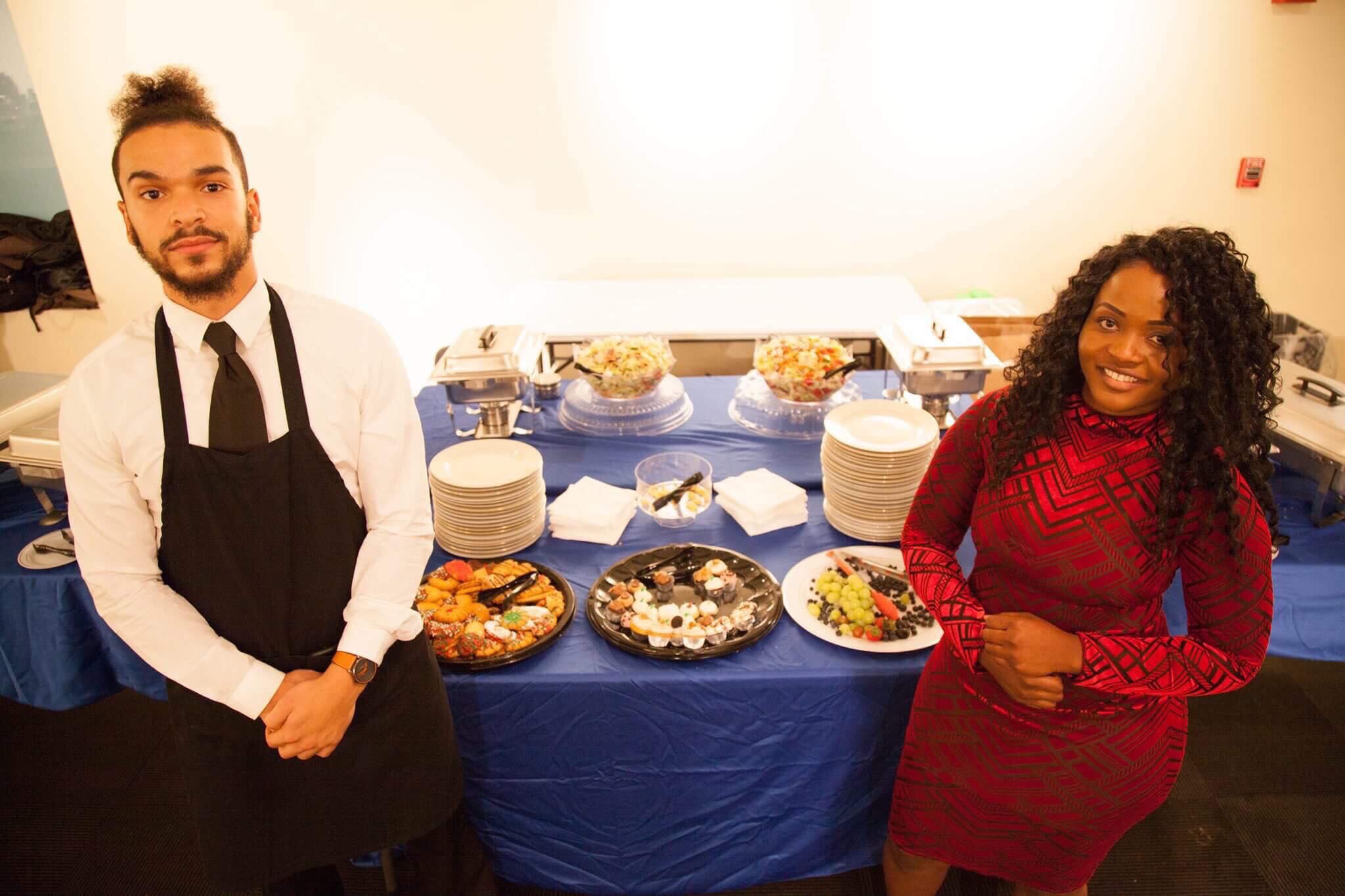 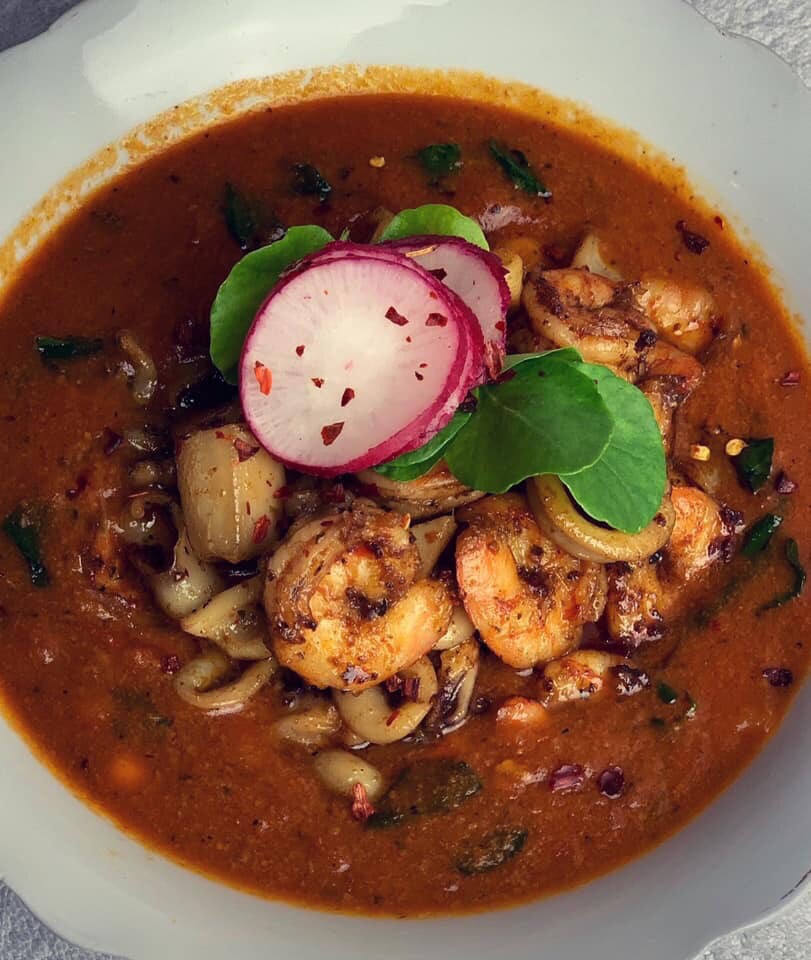 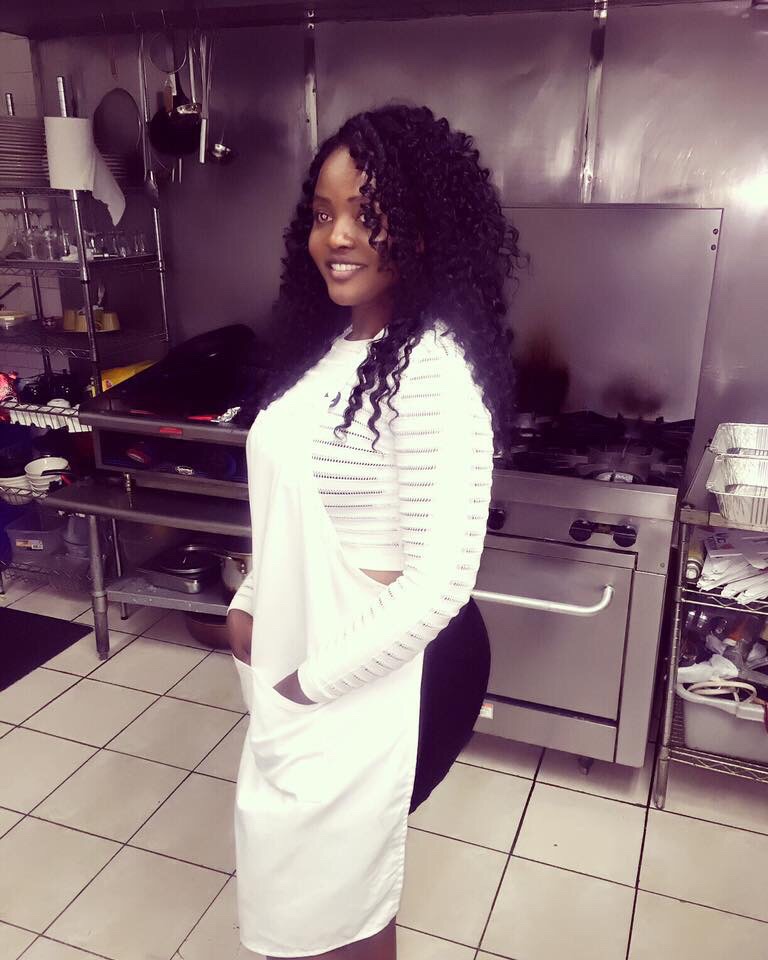 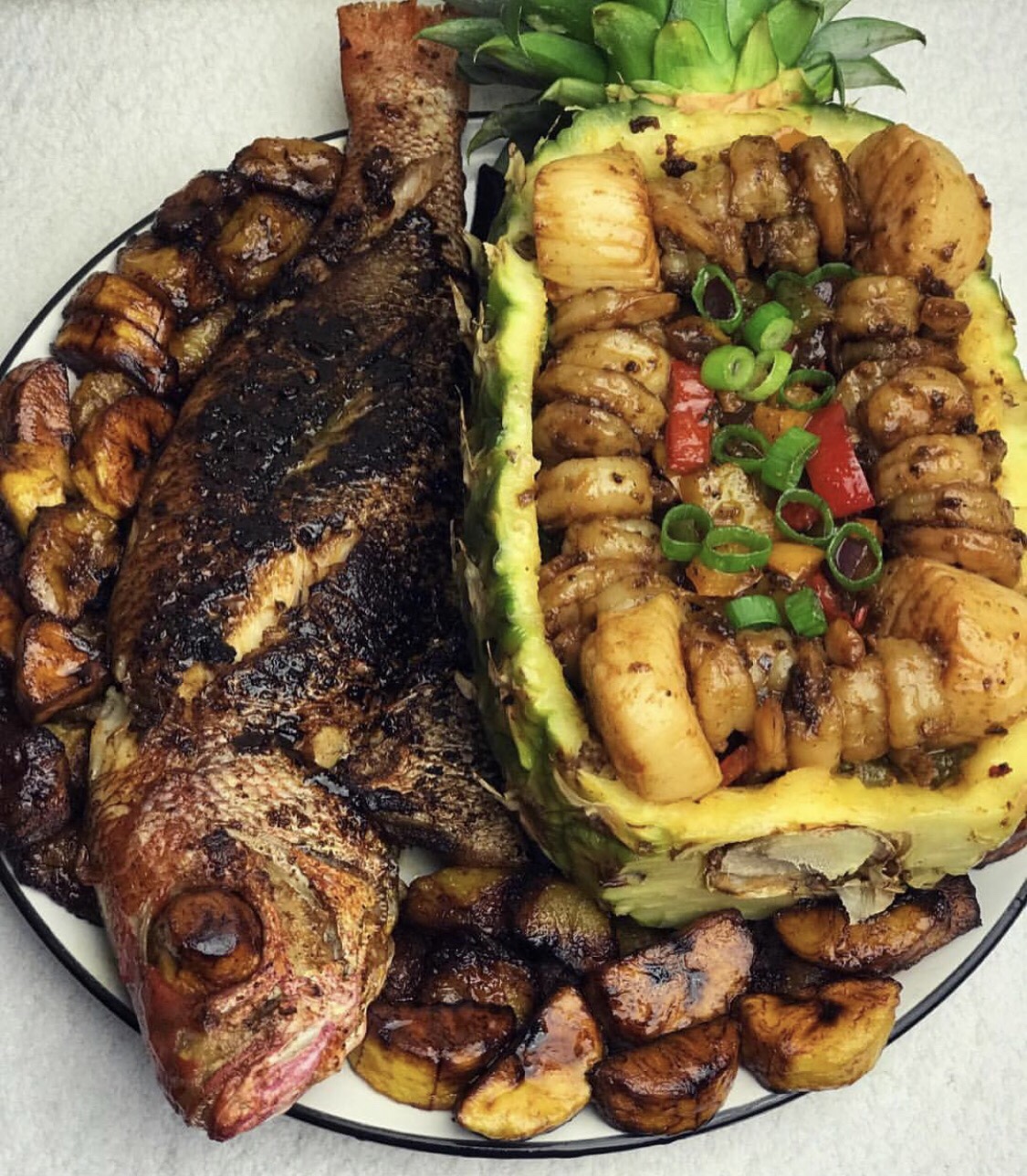 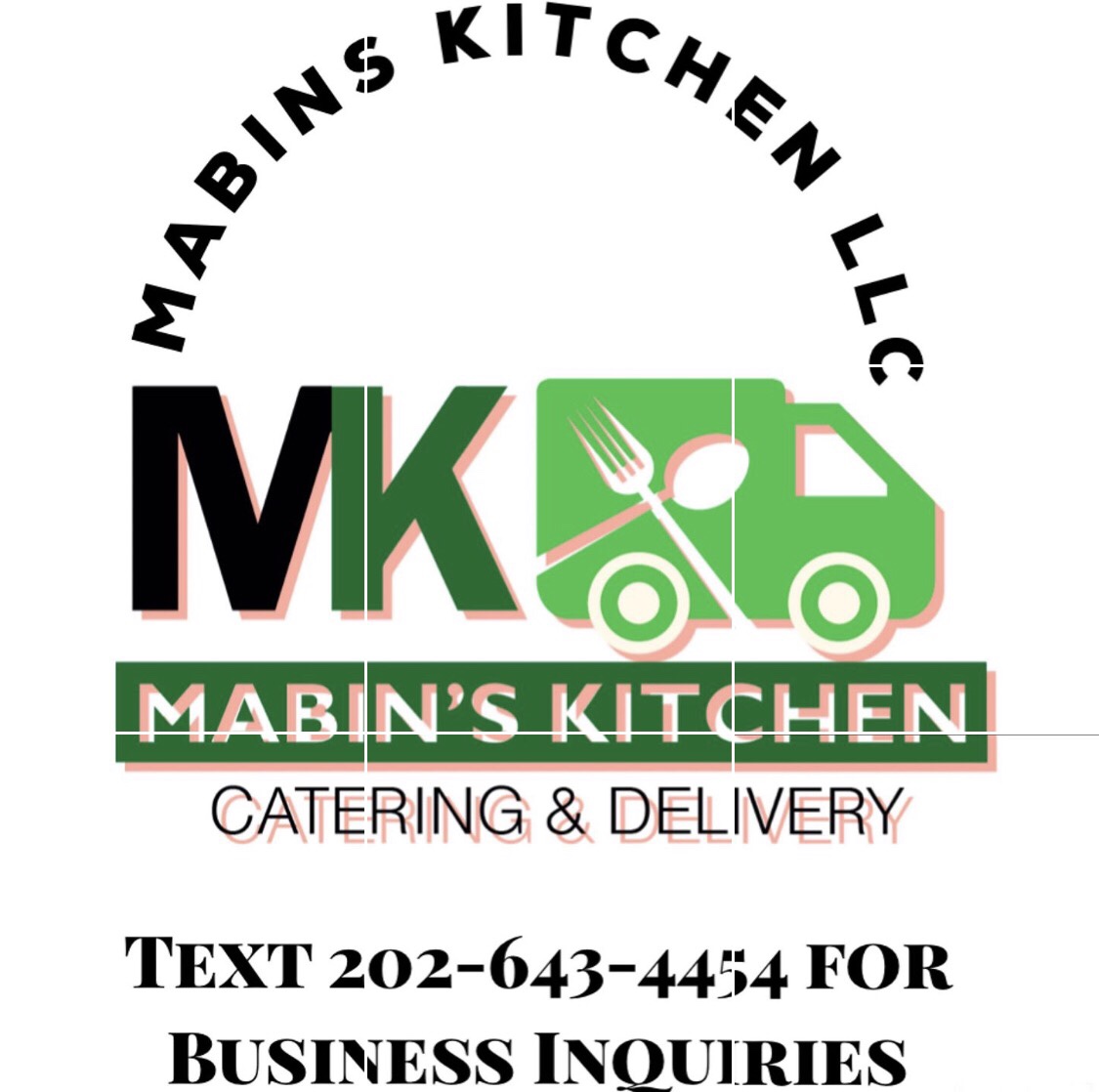 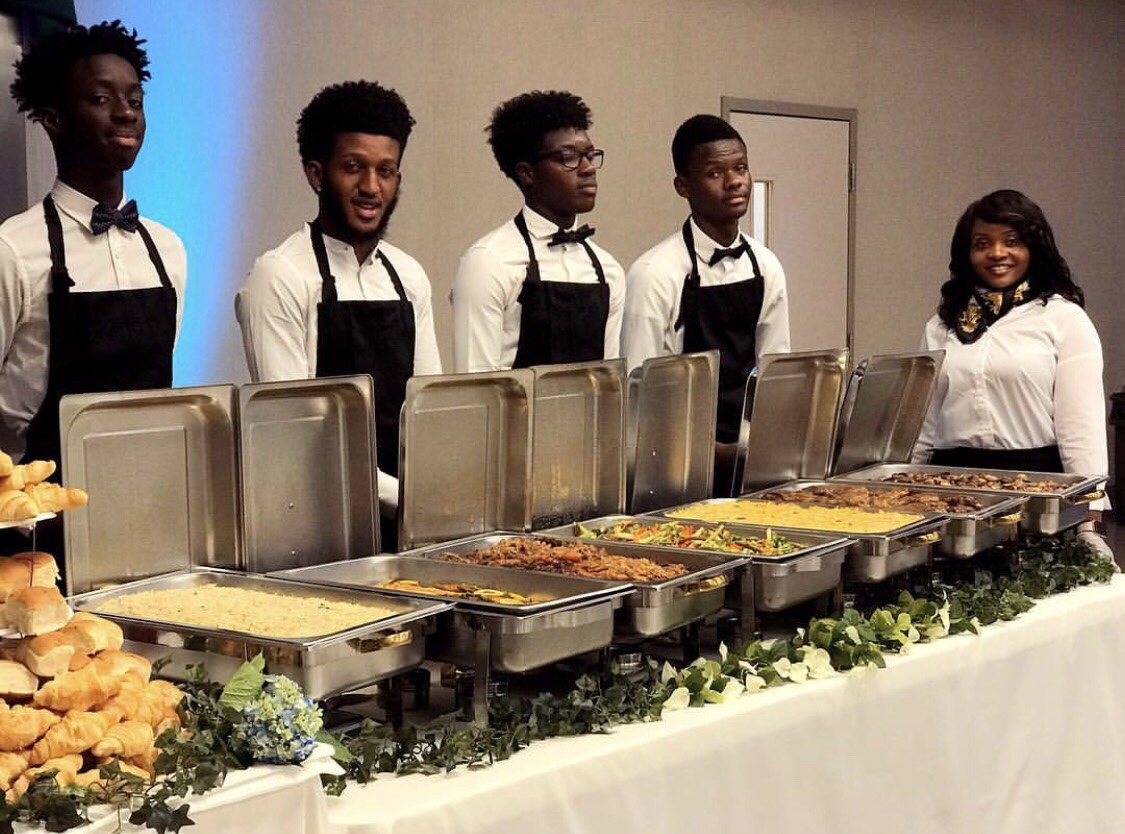 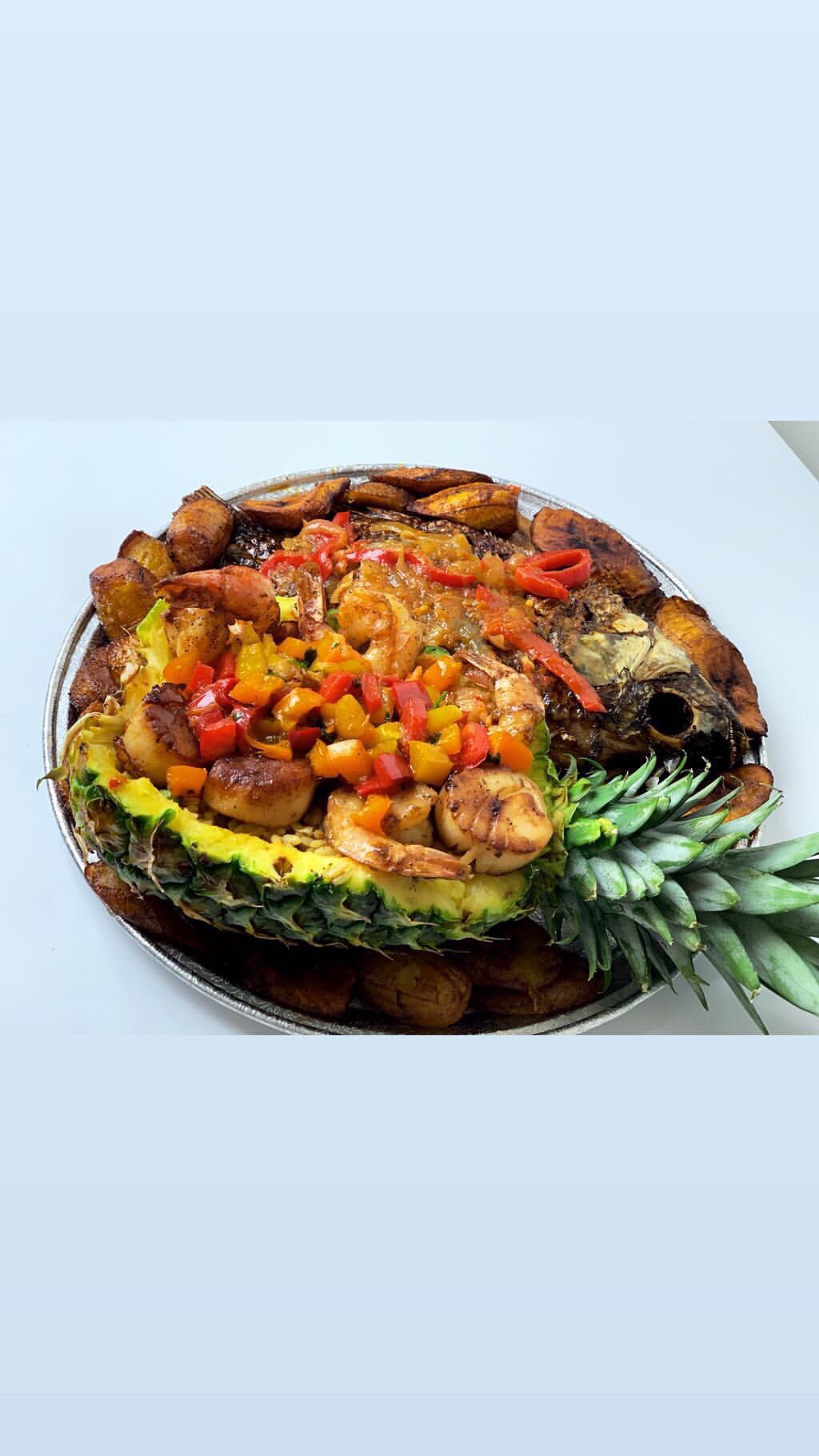 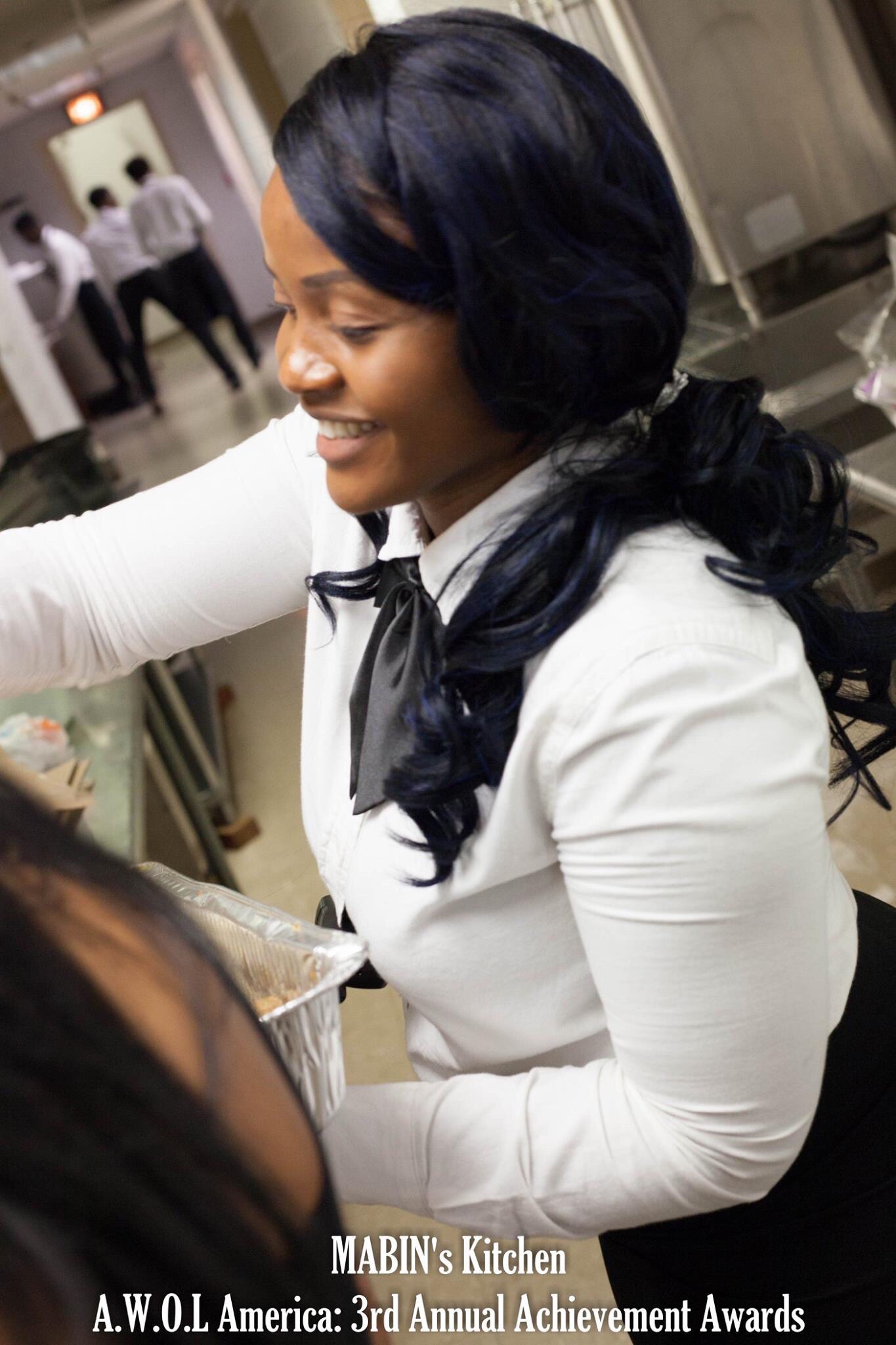 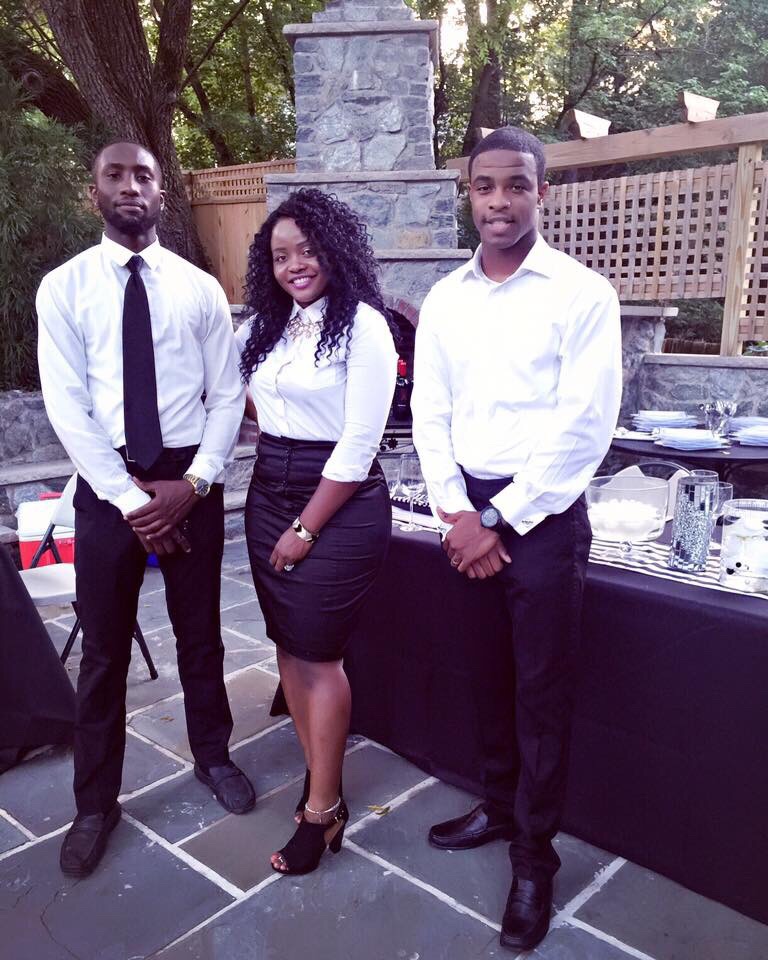 Jollof Queen Carol attended JFK Primary in Freetown and represents the Black Hall Road community. She is one the ninth of ten children. Sierra Leoneans at home and ninth diaspora owe this woman a medal!

Here is Queen Carol on her journey, in her own words.

”I started cooking at a very early age, growing up my mother was a housewife and cooks’ dinner every day. My parents were very strict and traditional. It was enforced that as a young girl, I was always expected to be in the kitchen and help my mother with domestic work after work or any other extracurricular activities. I watched her cook, although I hated being an assistant because my mother will literally ask me to hand her a spoon that is at her reach lol. She cooked a lot of the traditional S/L dishes. Then living with elder sister here, her husband was a chef and cooked primarily American/Caribbean dishes. I was his favorite taster and gradually I started experimenting on my own.

My biggest focus was how I can transform my mother’s traditional dishes into a more American cuisine, and vice Versa with my brother in laws dishes. I also use to love watching cooking shows, and one thing that stuck with me is that seasoning makes all the difference with food. I figured if I can use some of our African spices and blend them with some American spices then it’ll shimmer down the African flavor in the traditional dishes and give a more savory authentic taste to the American dishes.

I came up with my spice mix which incorporates mostly natural herbs. I started cooking for family events, then friends, and gradually started preparing lunches for workplaces. As I began getting more catering gigs, I started building a team. I registered my company as Mabins Kitchen LLC in 2016. Right after becoming an LLC I got my first catering gig with AWOL American branch. I was excited because it was a fundraising event and proceeds were going to Sierra Leone, so I accepted the offer. This was for about four to five hundred guests, very challenging but with the help of my family, close friends, and significant other I was able to pull through and surpassed all expectations. From that event, onwards I’ve catered for weddings, birthdays, and fundraisers, large and small gatherings with a very diverse customer base.

A loved one mentioned the Jollof Fest competition to me during its first year In DC and I did not hesitate to join, I love competing and cooking. I competed and came in second and place after Nigeria based on the presentation category, last year Liberia won based on popular votes.

I’m very competitive so I challenged myself to be more strategic and savvier for this year’s competition and I put my heart and soul into making the best jollof possible. I also asked the coordinators to make the voting process as anonymous possible, so this year the jollof were categorized based on colours, rather than countries to make it as fair as possible.

I mean I couldn’t be more proud to win this competition, especially being in the DC metropolitan area, the African diaspora is very diverse here so it was an honor to have won and represented Sierra Leone and have us win the best jollof amongst all these wonderful countries that competed.

My career as a security processing analyst for the VA has definitely taken much of my time, but I have to work so I can save and gain more capital which I can later use to invest in an authentic African/American/Caribbean restaurant.

As of now, I cater for any event, large and small, and I also do weekly meal preps. I plan on doing a small West African tour this December 2019, I plan on travelling to Sierra Leone, Nigeria, Ghana, Liberia, and hopefully Guinea. During this trip, I plan on sampling and learning about various spices and recipes. While in Sierra Leone I do plan on participating in some cooking segments with AYV Television so I’m very excited about cooking with my people.

I would love to be the official Sierra Leone jollof representation henceforth. I mean I’m speechless and this is an honour for me. Thank you!”

Or contact our team directly to contribute your articles or advertise your business.

You have Successfully Subscribed!